Its time to explore the world around us and have some fun melting ice. 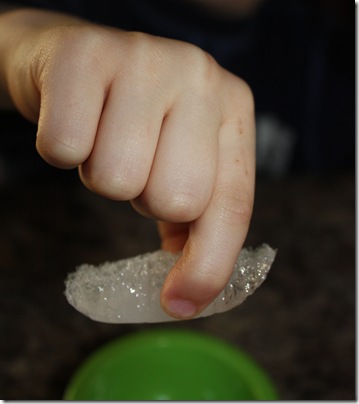 We recently had a storm that brought a mixture of snow and freezing rain, so snowplows were out putting chemicals on the roads.   Aiden asked me what they were spreading and why.  I explained that it was chemicals/salt that helped the ice and snow melt faster.  To demonstrate we decided to do a little experiment to see if we could melt ice faster using some kitchen items.

We started labeling the containers our ice cubes were in and what we were putting on them. 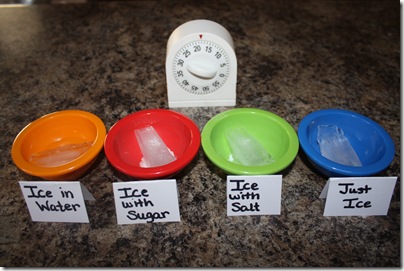 Note:  Be careful leaving your experiment unsupervised as a cat might sample the water/ice. 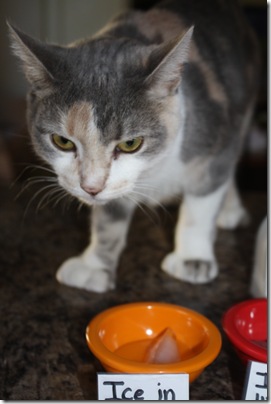 After 20 minutes we discovered that the ice cube in water and the ice cube covered in salt were melting the fastest. 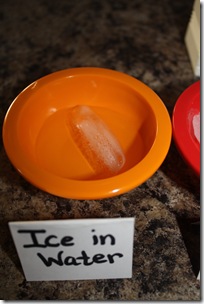 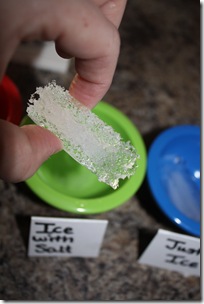 Aiden loved looking at the ice cube in salt and the designs left from the salt melting the ice cube.

Thanks for sharing your thoughts with us. All comments are moderated and posted ASAP!